Foursquare recently split their app in two. It has been covered a number of times.

I am not here to talk about that, or app constellations, although both are indeed interesting topics. However there is a new little feature that popped up in the new Swarm app they launched that I think is pretty neat. It's called 'Nearby Plans' and I think it's awesome. 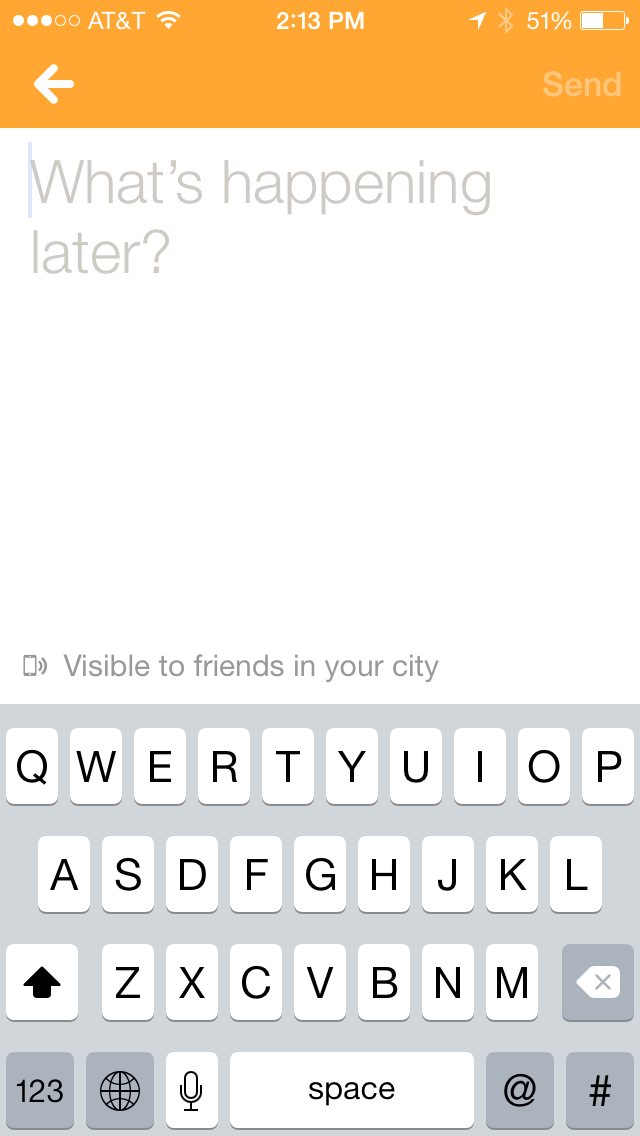 I have always longed for a product to allow me to push my plans out and just let people indicate their interest in joining. Plancast tried this, but it never really took off. I suspect there will be other attempts at this problem too.

'Pushing' out your plans to friends is a much more efficient model then individually 'pulling' people by emailing, texting or calling given most of the time people are busy. What can sometimes take an hour to plan is solved with a single post. In a way, this isn't too different than posting on facebook that you want to grab dinner, but that always feels out of place and foursquare has a simple advantage in that it easily limits the posts' reach to nearby friendly only. 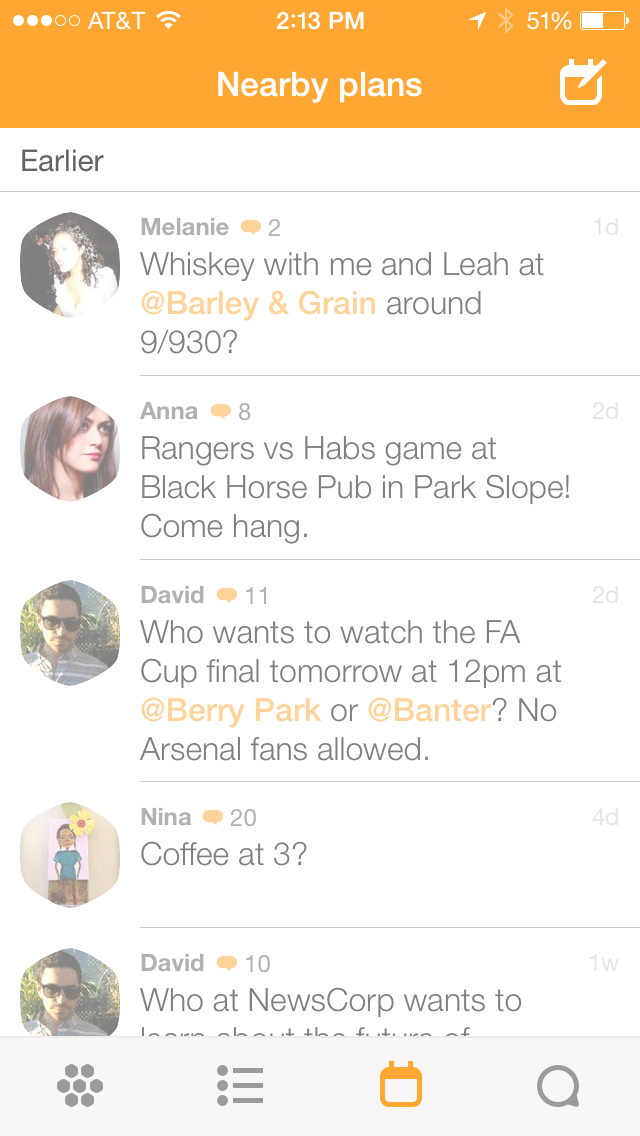 I am excited to see if this feature takes off, or maybe just like the 'lists' feature in the old foursquare app (that i used all the time), it will remain a very cool little feature that never really takes off.